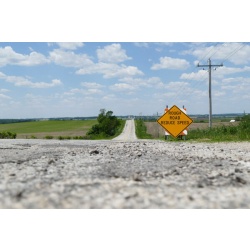 One Winneshiek County Road is getting changed from paved to gravel 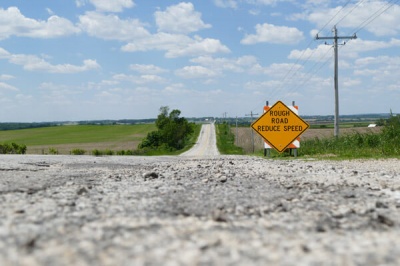 With budgets tight and paving costs rising, counties throughout Iowa have been confronted with the prospect of not being able to maintain all their paved roads.  Ringgold County, for instance, tore up a number of its paved roads and converted them to gravel.  Allamakee County also converted a paved road to a gravel road.

Now it appears the trend has reached Winneshiek county.  Supervisors have voted to have the pavement on Lincoln Highway Road removed starting next Monday, so the road can be converted to gravel.  The mile-long section of the road from the Ossian blacktop to Nordness has a daily traffic count of 110 vehicles.  County Engineer Lee Bjerke says it was a "hard decision" for supervisors to agree to turn the road back to a gravel road, but the road budget was needed for projects on other roads with higher traffic counts.

Bjerke says it's the first time since he became County Engineer that a paved road has been turned back into a gravel road. Lincoln Highway Road might not be the only such road in the future, however.  Bjerke says there are a few other paved roads in the county where maintenance has stopped and the paved road will stay in place—but only for as long as the road remains driveable. 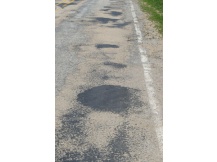 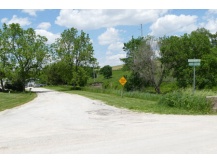