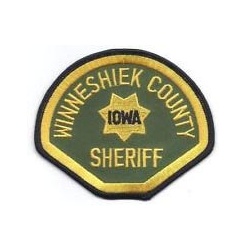 Decorah man arrested for threatening sheriff's deputies with a knife 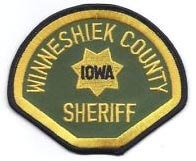 The Winneshiek County Sheriff's Department on Tuesday released details of an incident involving a Decorah man on April 28th.

A news release says when sheriff's deputies were called to 3438 North Winn Road, they found 30-year-old Michael Levi Koch threatening the occupants with a knife.  The deputies ordered Koch to drop the knife, but instead he turned and came at the deputies with two knives "held in a threatening manner."  Deputies ordered Koch to drop the knives again.  When he refused, deputies used a Taser on him.

No deputies were injured, nor were any occupants of the home injured.  Koch was taken to Winneshiek Medical Center.

On Monday Koch was arrested on two counts of Assault on a Peace Officer--Class D felonies.  He is being held in the Winneshiek County Jail on a $10,000 bond.