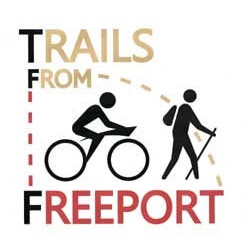 The route of the Freeport extension of the Trout Run Trail will be changed slightly--thanks to an agreement between the Freeport Cemetery Association and Trails From Freeport.

The agreement was necessary because the groups learned a property line involving cemetery property had been drawn inaccurately.  The new, corrected property line means an existing fence has to be moved.  But in doing that, trees planted in 1994 through a Trees Forever grant will not have to be cut down.  The new route would also be straighter.

Trails From Freeport member Dale Putnam says the new arrangement "works for everybody."  The two groups hope to recruit volunteers to move the fence within the next month.