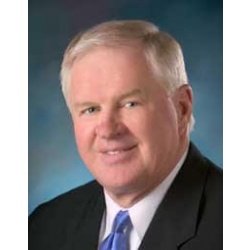 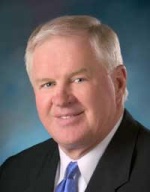 Norwegian officials have announced that the Royal Norwegian Order of Merit will be conferred on President Richard Torgerson of Luther College.

A presentation will be made to Torgerson May 3rd as part of a program on the Luther College campus.

The Royal Order of Merit, founded by H.M. King Olav V in 1985, is awarded to non-Norwegians who have performed exceptional service in the promotion of Norway and Norwegian interests abroad.  President Torgerson will receive the award in recognition of his efforts to maintain, foster and strengthen Luther's close relationship with Norway during his 14-year tenure as President of Luther College.

Luther has stewarded its Norwegian heritage in many ways, including:
•      Hosting eight visits by members of the Norwegian Royal Family, including the October 2011 visit by Their Majesties King Harald V and Queen Sonja.
•      Active involvement in Decorah, Iowa's annual Nordic Fest.
•      Collaboration with and support of the Vesterheim Norwegian-American Museum in Decorah.
•      Co-sponsoring the prestigious Nobel Peace Prize Forum for 25 years.
•      Coordinating the Scandinavian Summer Institute for 48 years.
•      Active engagement in the Norwegian American Historical Association.
•      Bringing a variety of Norwegian musicians, scholars and government officials to campus.
•      Maintaining close ties with Luther College's sister ELCA Norwegian Colleges in academic and co-curricular endeavors.