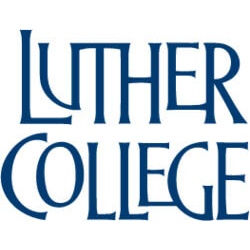 The co-chairs of the committee set up to hire the next Luther College President have released a statement that makes it likely there will be an Interim President appointed before a new president is named.

Sandy Lee and Paul Torgerson say in their statement that Luther President Rick Torgerson is definitely leaving the school June 30th.  They also state that in addition to a Presidential Search Committee a second committee has been formed to search for an Interim President.

The text of their statement is as follows:

"In the ongoing search for a new Luther president, the college's Board of Regents is taking a two-pronged approach. The Presidential Search Committee is seeking additional candidates to be considered for the permanent position with the continuing assistance of AGB Search and Dr. Bruce Alton.

At the same time, a committee of the Board of Regents, which includes the Regents who are also serving on the search committee, is working to define the roles and responsibilities that an interim president might have and is seeking candidates who could serve in that capacity.

Both committees will report to the Board of Regents, which has responsibility for decisions regarding a permanent or interim appointment.

We feel confident in taking this additional time because Luther is a strong and well-positioned college, due to the efforts and dedication of each member of the Luther community."