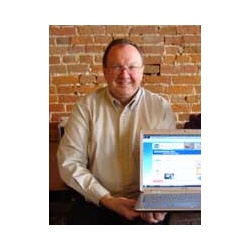 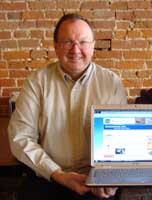 It's difficult to summarize a two hour presentation about a topic as complicated as health care in general and relations between Mayo Clinic and Gundersen Clinic in specific.

Fortunately, the questions and statements from the audience were so good Thursday night that it's best to report on what they said.  From Patricia Ward's opening question: "Why don't we have Gundersen Lutheran tell their case?" to Kevin Sand's statement: "We all want a strong hospital," the audience comments and questions were right on the mark, despite Dr. Brian Dougan's interesting earlier comment that "the letter writing campaigns have been an attempt at bullying by Gundersen Lutheran."

So let's head to the comments:

We have heard a lot of talk from Mayo officials about how Gundersen should be sending more of its business to the hospital.  That's because the hospital is on its way to losing roughly $1 million in operating funds this fiscal year.  Judging by the way Gundersen is adding staff and equipment in Decorah, it is making money.  So what's the incentive for Gundersen to make less of a profit to help out the hospital and Mayo?

Dave Kratz asked whether the hospital had plans to reverse the current deficit.  Hospital officials replied that they were pursuing "an aggressive growth strategy" and were using LEAN techniques to reduce inventories and other costs.

Paul Scott's comment:  All of these are good strategies on the part of the hospital.  But are they enough to reverse the current finances?

When I try to look at this situation as objectively and impartially as possible (and I know there are some who would question whether I can do this), I come up with the conclusion that the hospital board eventually will approve a more cooperative arrangement with Gundersen Lutheran.  There's a simple reason for this: the hospital needs more patients.

Mayo Clinic officials make a good point that there are big risks to this type of arrangement.  That means they should be careful when drafting any agreement.

But the economics of the situation dictate changing the way health care is operating now in Winneshiek County.  And, when in doubt, look at what makes sense from an economic standpoint--and that's usually what ends up happening.

Patricia Ward: "Let's get this problem solved for all the people of Winneshiek County."