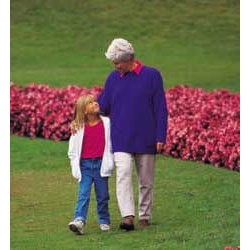 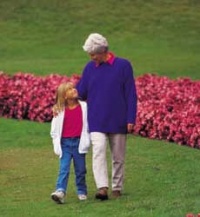 But it's not just a case of college graduates returning home to live with their parents.  In some cases, grandparents who thought they had finished their child rearing responsibilities are being asked to again take on the role of parents--this time to their grandchildren.

Rhodes says social workers use a variety of standards to count how many grandparents are acting as parents.  But she's certain that whatever the number is, that number has been growing.

It's not just the poor economy that is causing the increase.  Child protective services are now required to explore the possibility of children living with their grandparents or other relatives if the parents are judged to be incapable of raising the kids--an option that must be pursued first before foster care options are pursued.

More Grandpas and Grandmas thus find themselves in roles they didn't think they would have to have--of caring for a young child at a time when the grandparents were thinking of retirement or had already retired.

As an article in "Families in Society: The Journal of Contemporary Social Services" concludes, "Often grandparents find themselves unprepared physically, socially and financially for the roles they are thrust into when family crises result in surrogate parenting for a grandchild."

Tomorrow: Some of the problems grandparents who raise grandchildren face.