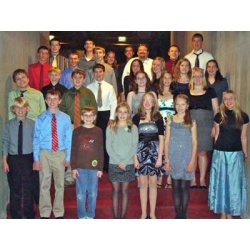 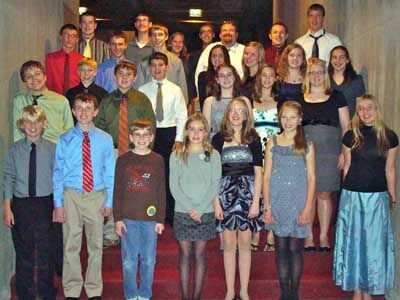 28 Decorah area students recently took part in the Opus Honor Choir Festival.  Directors nominated over 3,400 students for 720 positions in the four Opus Honor Choirs.  Selections were made by means of a recorded audition.

8th grader Loden Henning was selected to sing in a small group that performed with the 7th & 8th Grade Boys Honor Choir during the festival concert.  He was one of nine boys selected from across the state of Iowa for this honor.