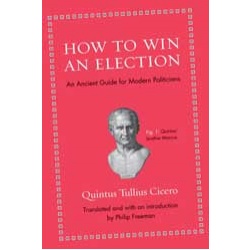 Freeman's new book is "How to Win an Election" 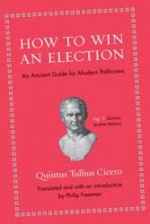 Luther professor of classics Philip Freeman says he will release his latest book, "How to Win an Election: An Ancient Guide for Modern Politicians," in February of 2012.  The book is an ancient Roman guide for campaigning, translated by Freeman.  The resulting messages are as relevant today as they were 2,000 years ago.

In 64 B.C. when Marcus Cicero ran for consul, his brother Quintus wrote him a letter containing no-nonsense advice on conducting a successful campaign.  The letter's political wisdom notes the importance of promising everything to everybody, reminding voters about the sexual scandals of opponents, putting on a good show for the masses and constantly being surrounded by rabid supporters.

"How to Win an Election" will be published in English and Chinese.  More information about the book is available at http://press.princeton.edu/titles/9658.html.