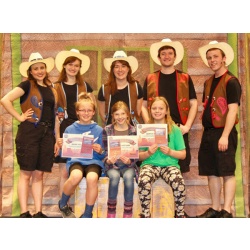 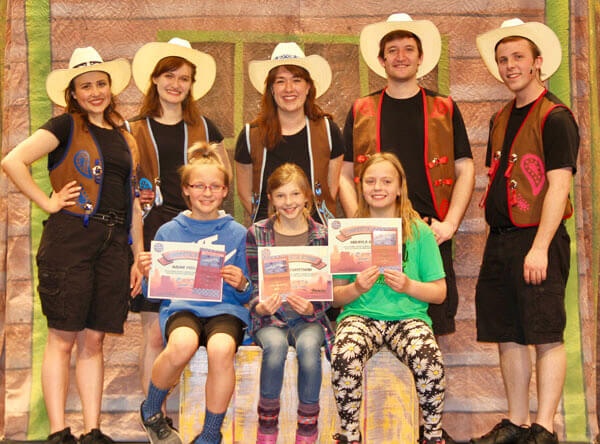 Seven students from the Decorah School District have been honored by having their creative stories chosen as award-winners in the Old Creamery Theatre's annual writing contest.

Each year the Theatre's Young Audience Tour chooses student-written stories to include in its traveling school tour.  This year a Decorah student wrote one of the seven award-winning stories set to music for the show, which was performed recently at Decorah High School. Afterwards, winning students were called to the stage to meet the actors, get their photos taken with the troupe, and receive award certificates and gift cards to Barnes and Noble.

First place winner was Decorah's fifth grader Naomi Pedlar for her story "9/17/15," which was honored as one of the stories performed on stage by the troupe. 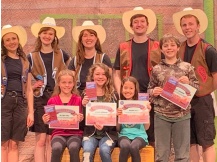