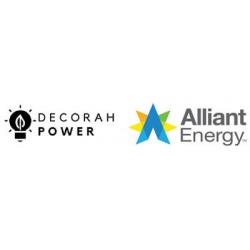 Letter to the Editor: "Don't be afraid of local power"

(The following Letter to the Editor has been submitted by Jeff Foster, a Decorah resident and an Electrical Instructor at NICC Calmar):

"The entire state of Nebraska is powered by publicly owned electricity. 136 communities in Iowa already rely on municipal electric utilities.  18 percent of all of the electricity in the United States is produced by publicly owned utilities. Public power keeps the lights on, with reliability rates as good or better than investor owned utilities. And on average, those communities pay lower rates than Alliant customers.

How do municipal electric utilities provide high quality service at lower rates than investor owned utilities? They don't pay a CEO $5 million a year, like Alliant does. And they don't pay millions of dollars a year in profits to their investors.

Do you remember how much Alliant has raised your rates over the last few years? Alliant is spending massive amounts of money to convince you to be afraid of public power. Why? Because they make huge profits off of our community.  Wouldn't it be better to keep our money in our community?

Let's build a better future for our children and grandchildren. Learn the facts, and don't be afraid of locally owned public power."