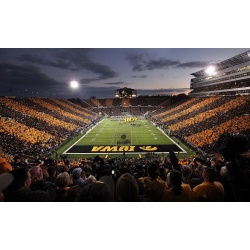 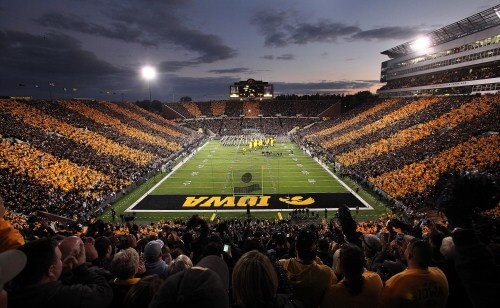 Kinnick Stadium (Photo courtesy of the University of Iowa)

Several news outlets in Iowa City and Cedar Rapids are reporting that Decorah resident Reed Carlson has presented the Iowa City City Council with a plan to build a replica of Kinnick Stadium on property in Iowa City.

The proposed 7,400 square-foot house at 101 Lusk Avenue would have a commercial kitchen, a theater and a basketball court in addition to bedrooms and bathrooms and more traditional rooms.

Neighbors spoke at a Tuesday night meeting of the city council in Iowa City, saying the building would be out of character with the rest of the neighborhood.  Iowa City officials told the neighbors the proposed building meets building codes and qualifies as a single-family home, so there might not be anything the city could do to prevent the home from being built.

Likewise, University of Iowa officials say they have no power to prevent someone from building a replica of Kinnick Stadium.