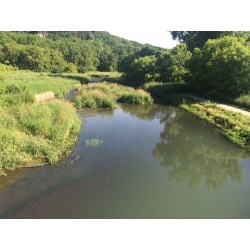 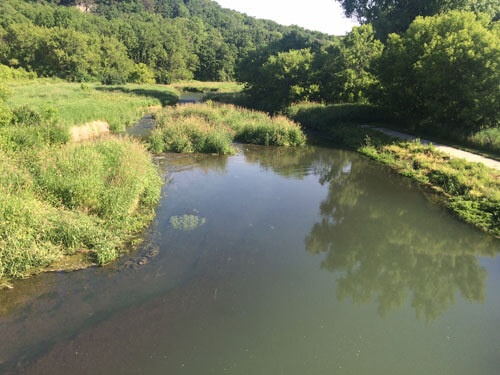 Representatives from the Iowa Flood Center at the University of Iowa had some good news to share with NE Iowa officials on Wednesday--of the $96.9 million federal HUD grant given to Iowa for a statewide watershed improvement program, roughly $4 million of that will be spent in the Upper Iowa River Watershed.

Iowa Flood Center co-founder Larry Weber and a number of other officials visited Decorah City Hall Wednesday afternoon to outline the details of "the Iowa Watersheds Approach."  Weber said the University of Iowa's proposal to HUD was welcomed because of this unique concentration on watersheds.

Weber says over the next 12 months the Iowa Watersheds Approach will select three or four subwatersheds within the Upper Iowa River Watershed, spending a total of $4 million on projects aimed at reducing the odds or severity of flooding, as well as improving water quality.  "It's absolutely voluntary," he said of the landowner projects.

A primary activity of the IWA program will be to engage volunteer landowners to implement conservation practices such as ponds, terraces, buffer strips, wetlands and other projects that reduce downstream flooding and have a secondary benefit of improving water quality.  Landowners will be eligible to receive up to 75 percent cost share assistance on such practices.

Weber says IWA is "about a year away from building," but Wednesday's meeting officially begins the project in Winneshiek and Allamakee counties along the Upper Iowa River.