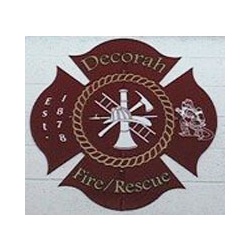 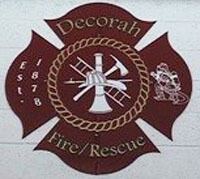 The memo says in situations where overtime pay would be required, the city would lock the Fire Department doors and leave the station unstaffed rather than pay overtime pay.  The memo also says the law enforcement center has the technology to dispatch firefighters when a call comes in and the fire station is empty.

Firefighter Eric Sovern read a statement that said, "a policy that leaves the station unstaffed will increase our response times and will decrease our effectiveness as a department."

Sovern also said, "In our business, response time is everything.  As a volunteer department, we are naturally delayed by our ability to get to the station.  Despite this, we've had response times as low as four minutes from the page for fires and other emergencies within the city."

The firefighters say leaving the station unstaffed would add minutes to the response time.  They point out that a fire will double in size every 30 seconds.

Sovern's statement ended with, "Let's not increase the danger of property loss and life safety for the population and for the members of this department over what amounts to a drop in the budgetary bucket."

(Firefighters say $925 has been paid in overtime pay since January 1st.  They will meet again with city officials June 20th to further discuss the issue)