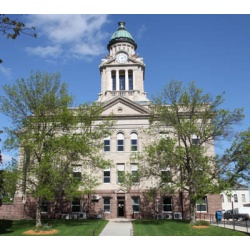 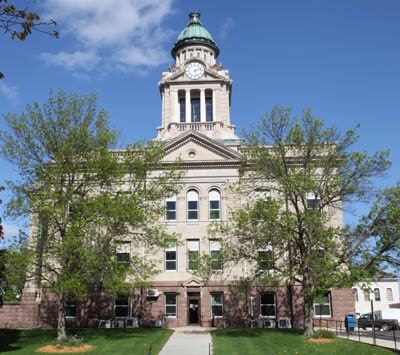 The Winneshiek County Board has unanimously approved a revised County Zoning Ordinance.

The 5-0 vote Monday afternoon capped more than a year of study and discussion by the county's Planning & Zoning Commission, which had approved the new language and sent the document to the County Board for a public hearing.

At the hearing this morning, four people spoke about section 713 of the proposed zoning ordinance — the language regarding frac sand mining and related operations.

One resident, Steve Luse, spoke against approving that section.  He said that the regulation would essentially legalize frac sand mining and questioned that the regulations intended to restrict such mining would be enforceable.  He also said by passing an ordinance that would legalize frac sand mining, the restrictions would readily be challenged by multinational corporations as restraint on their rights of commerce.

Three residents spoke in favor of the ordinances: Lyle Otte, Dick Jansen, and Steve McCargar.  They felt the "restrictive overlay" approach would eliminate the most onerous effects of any operations; and protect roads, neighbors, scenic bluffs, tourism, and the environment.  McCargar said this was a "real world" approach that would create obstacles to intense development.  Otte also said this approach would not interfere with existing mining operations.

County supervisors approved the first reading of the ordinance, then waived the second and third readings.  The new ordinance will go into effect after it is published in the county's official newspapers.  The draft version of the ordinance can be found on the county's website at http://www.winneshiekcounty.org/uploads/PDF_File_15292596.pdf