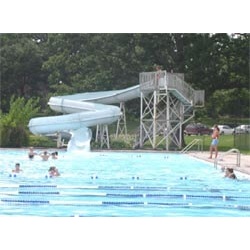 The Decorah City Council has unanimously approved the plans and specifications for a new water slide at the Decorah Swimming Pool.

The move clears the way for bids to be received on the project.  Josh Layer from Burbach Aquatics, which has been hired to prepare the specifications, says bids will be opened on October 8th, then presented to the Decorah City Council on October 19th for a vote.

Layer says there will be three different sets of plans for the project, giving Decorah officials some flexibility in which bid to accept.  If the bids received are favorable, construction could begin on site work in November.