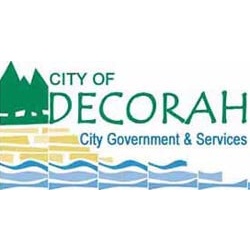 Ask Mr. Answer Person: "How much money does the hotel/motel tax bring in?"

Bob e-mails: "What are the gross receipts of (Decorah's) hotel/motel tax?  Where does the money go?"

The hotel/motel tax was set up so that half of the money went to Decorah Jobs, a quarter to the Decorah Area Chamber of Commerce and a quarter to other projects.  Over the years there have been some changes, most notably, the decision to devote some of the money to the Trout Run Trail.

The latest changes have set the maximum payment to Decorah Jobs at $75,000 and have dedicated $80,000 to paying off the debt on the construction of the Trout Run Trail.  In 2013 $72,000 was disbursed to the Decorah Chamber.  That means there was $61,000 left over to help pay for smaller projects, such as maintenance of the Trout Run Trail.