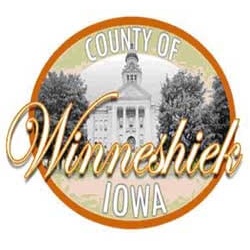 The Winneshiek County Board has approved a conditional use permit for a two-day rock festival this coming weekend at the Chimney Rock Campground.

The County Planning & Zoning Commission last week recommended approval of the permit--but with four major conditions attached.  On Monday morning Keefe and her attorney, Jim Burns of Decorah, appeared before supervisors to ask that those conditions be modified.

The Planning & Zoning Commission recommended requiring Keefe to take out a $5 million special event insurance policy.  Keefe said she could not get her insurance company to quote such a policy.  The company said insurers quoted a maximum of $2 million coverage.  Supervisors agreed to reduce the insurance requirement to $2 million.

Burns also argued against the requirement that Keefe hire two registered security guards for the event, saying such "expensive conditions" act as an "economic discouragement" to event promoters.  Keefe said the requirement would cost her an additional $1,400 in expense.  But County Board Chairman John Logsdon said having security guards at the event would give some protection to the county against being involved in any lawsuit that might be filed because of a problem at the event, saying a lawsuit would cost taxpayers money to defend.

Keefe must provide proof of insurance coverage and qualifications of the security guards to county officials by 4:00 p.m. Thursday--or the event cannot be held.