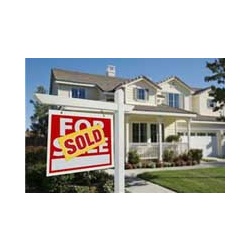 Ask Mr. Answer Person: "In layman terms, can you explain the letter I received from the City of Decorah?"

Bob e-mails Mr. Answer Person: "I got a letter from the City of Decorah this weekend about a hearing regarding an Urban Revitalization Area.   Can you tell me in layman's terms what this means?"

Mr. Answer Person says:  What, you don't speak lawyer-ese?  OK--neither do I!  But here's a translation of the legal notice sent out to City of Decorah residents:

On Tuesday, September 2nd at 5:45 p.m. at Decorah City Hall, the City Council will hold a public hearing.  The city council is studying ways to encourage residential construction within the city limits.  A recent housing study that said Winneshiek County needs 300 new housing units over the next ten years--210 of those within Decorah city limits.

City of Decorah officials are seriously studying a proposal to give five year-long tax abatements to developers and others who build houses or make substantial housing additions.

Property owners would still pay property taxes on the existing value of their property--the abatements would apply only to the additional property values created by new construction or significant remodeling.

Since the city would be giving developers or homeowners credit on development that would not have happened if the tax abatements weren't offered, the city would have no out-of-pocket expense--compared to the investment in infrastructure it would need to make in a TIF District.

Mr. Answer Person hopes this explanation helps.  He would also like to point out he didn't use a single "whereas" or "therefore" in the explanation!