Study says Winneshiek County farmers have plowed up over 7,700 acres of highly erodible land in the past five years 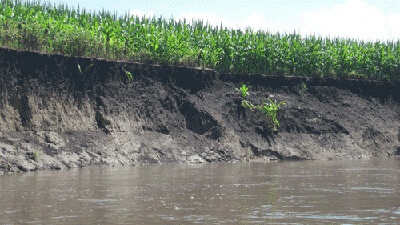 A study just released by the Environmental Working Group concludes that the United States has lost 8,300 square miles of highly erodible land after it has been plowed up to grow row crops.

The study says the issue is a critical one in Iowa and the "Prairie Pothole Region, where 10 states have accounted for 57 percent of all the highly erodible land converted to cropland in the United States.

The Environmental Working Group says 7,745 acres of highly erodible land in Winneshiek County has been plowed up in order to grow row crops.  Only 17 other of Iowa's 99 counties have lost more land to row crops from 2008 until 2012.

Environmental Working Group senior vice president Craig Cox says there's a correlation found by the study between counties with high crop insurance payouts and counties with the highest erodible land conversion.  "The government is picking up too much of the risk of plowing up and planting fragile land, all at a cost of billions of dollars to taxpayers and untold environmental degradation."

The complete study is available at http://www.ewg.org/release/72-million-acres-wetlands-and-fragile-land-go-under-plow