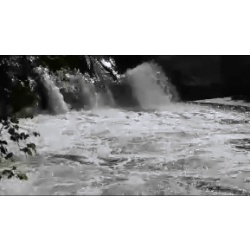 Ask Mr. Answer Person: "What are the pros and cons of removing the Upper Dam?" 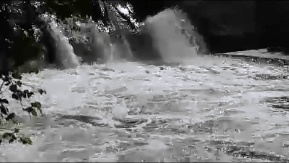 JLB e-mails Mr. Answer Person: "What are the pros and cons of removing the dam on the Upper Iowa River?  Like seemingly everything, there are probably unintended consequences like increasing access to invasive species.  But does it limit reproduction of native ones?  I believe the American Rivers Association or something like that has been active in removing hundreds of dams from rivers.  What about personal safety given the recent tragedy?"

Mr. Answer Person says: "We answered this issue in November of last year, when a rumor was rampant that the dams would be blown up--a rumor that was 100 percent false.

At that time, environmental officials told us that although both dams have deteriorated since their construction nearly 100 years ago, the dams--especially the Lower Dam--are useful for preventing fish like the Asian Carp from moving upstream and causing problems.  The Upper Dam could be removed with less impact on the fish population, but for now there are NO plans to remove either dam.

Removing the Upper Dam would improve the safety of the river in that area, but probably the biggest reason the Upper Dam will stay in place for the time being is that there just isn't any money available to pay for removing it.