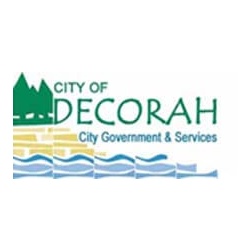 Decorah City Council members were unable to agree Monday night on who should represent the city's First Ward on the city council.

Two people stepped forward--Decorah native Jarrad Walter, who returned to town last June after being gone for 13 years, and current Fifth Ward city councilperson Randy Schissel.  Why was Schissel interested in the First Ward position?  Because city council districts got redrawn in 2012, based on 2010 U.S. Census information, and Schissel was suddenly living in the First Ward instead of the Fifth Ward.

But fellow city council member Rachel Vagts argued that it would be wiser to appoint Walter to the First Ward post, since that way the vacancy would be filled and Schissel could continue representing the Fifth Ward until this November's election.

That didn't mean Schissel was appointed, however.  City Attorney Rick Zahasky said such an appoint would require four votes for the winning candidate.  Since Schissel had to abstain on an issue that directly affected him, the 3-2 vote wasn't good enough to elect him.

After a long discussion, the city council agreed to postpone the decision until July 23rd.  At that time either one of the two candidates will receive four votes--or the city will be required to hold a special election for the position.  City Administrator Chad Bird says such an election would cost around $2,000 and would take two months to schedule.