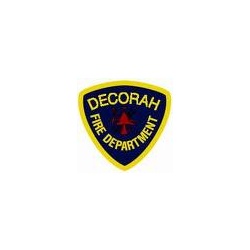 The Decorah Fire Department was called out for a car fire in the Walmart parking lot on Thursday, JUly 4th just before 9:00 a.m.
.
Fire was coming from the engine area of the vehicle when firefighters arrived.  Fire extinguishers were used by Decorah firefighters and Decorah police officers to prevent the fire from spreading to adjacent vehicles.  The fire was quickly extinguished.

The car was owned by Katrina Roney of Decorah and had been driven by Lisa Roney.  Lisa Roney said when she parked the car; she saw smoke and flames coming from the engine compartment.